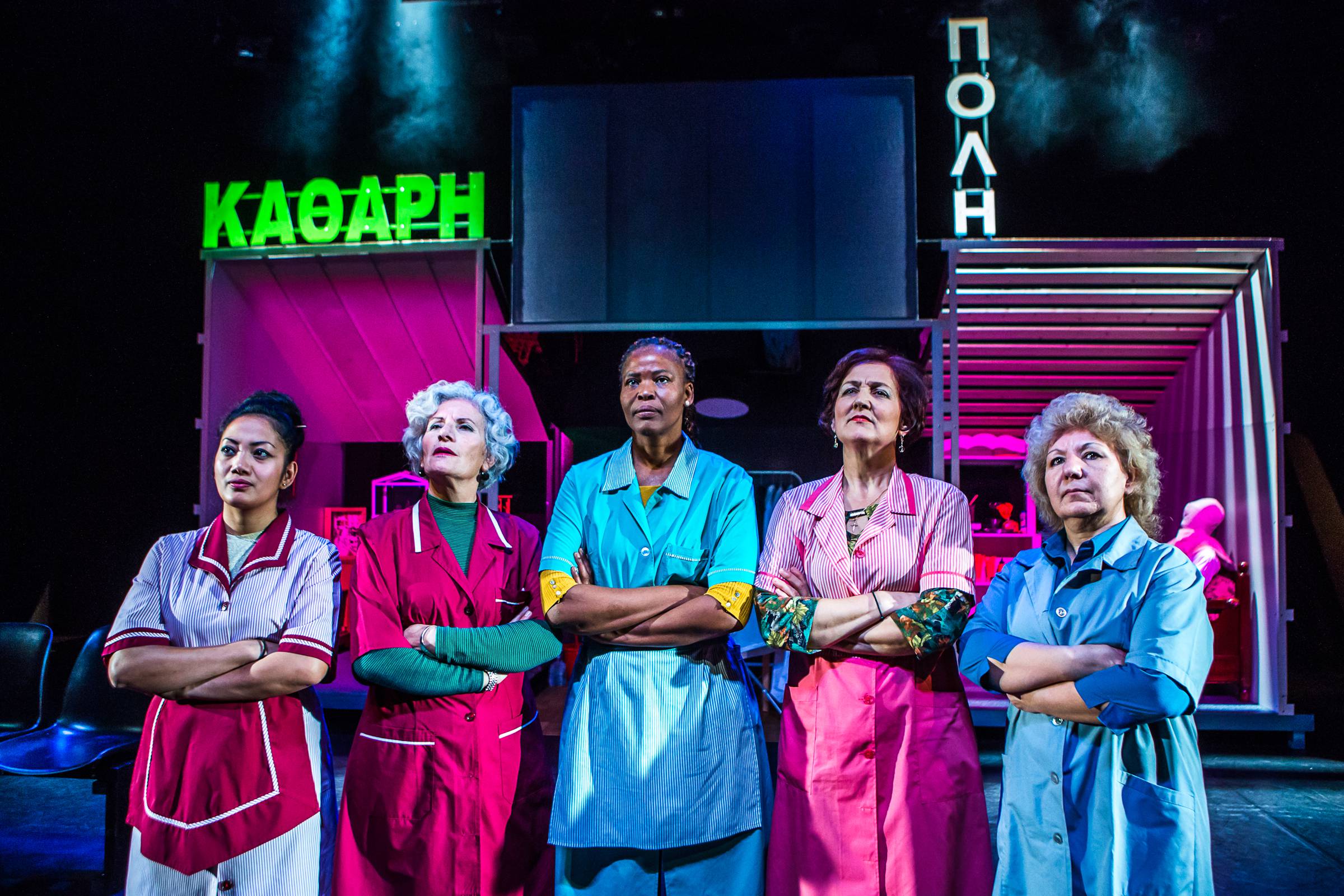 Who cleans Athens? Why are the majority of Athens’ cleaners women and immigrants? Were they “born” cleaners? How do their CVs differ from yours? Maybe, in the end, we’re all subjects of history? And while we’re at it, why do we use the phrase “a clean sweep” to describe police operations intended to rid public spaces of “undesirables” (immigrants, the homeless, “deviants”)? Azas and Tsinikoris now explore the racism of “cleanliness” and “purity”, the perils of fascism, female immigration to Greece, and the identity of the “cleaning lady”. As a theatre of the real, Clean City traces and redefines stereotypes through the gaze and personal accounts of the real experts when it comes to cleanliness: the immigrant cleaning ladies of Athens. At the same time, Clean City explores the historical, philosophical and political extensions of “clean” as a normative concept which was adopted by the Nazis and became a central pillar of a racist ideology which sought to exterminate all “Others” to create a “pure” race.

“Theatre with the suffering is sometimes said to exploit human misery but Clean City does not get caught in that trap. We see what is happening on the stage as the self-empowerment of those women. And at the very end when they dance Zeibekiko which is traditionally reserved to Greek men, it becomes a sign of their emancipation: they flourish for they finally get attention and respect, and yes–their dignity is returned.” (taz.de)

Performance in Greek and Filipino with Romanian, German and English translations 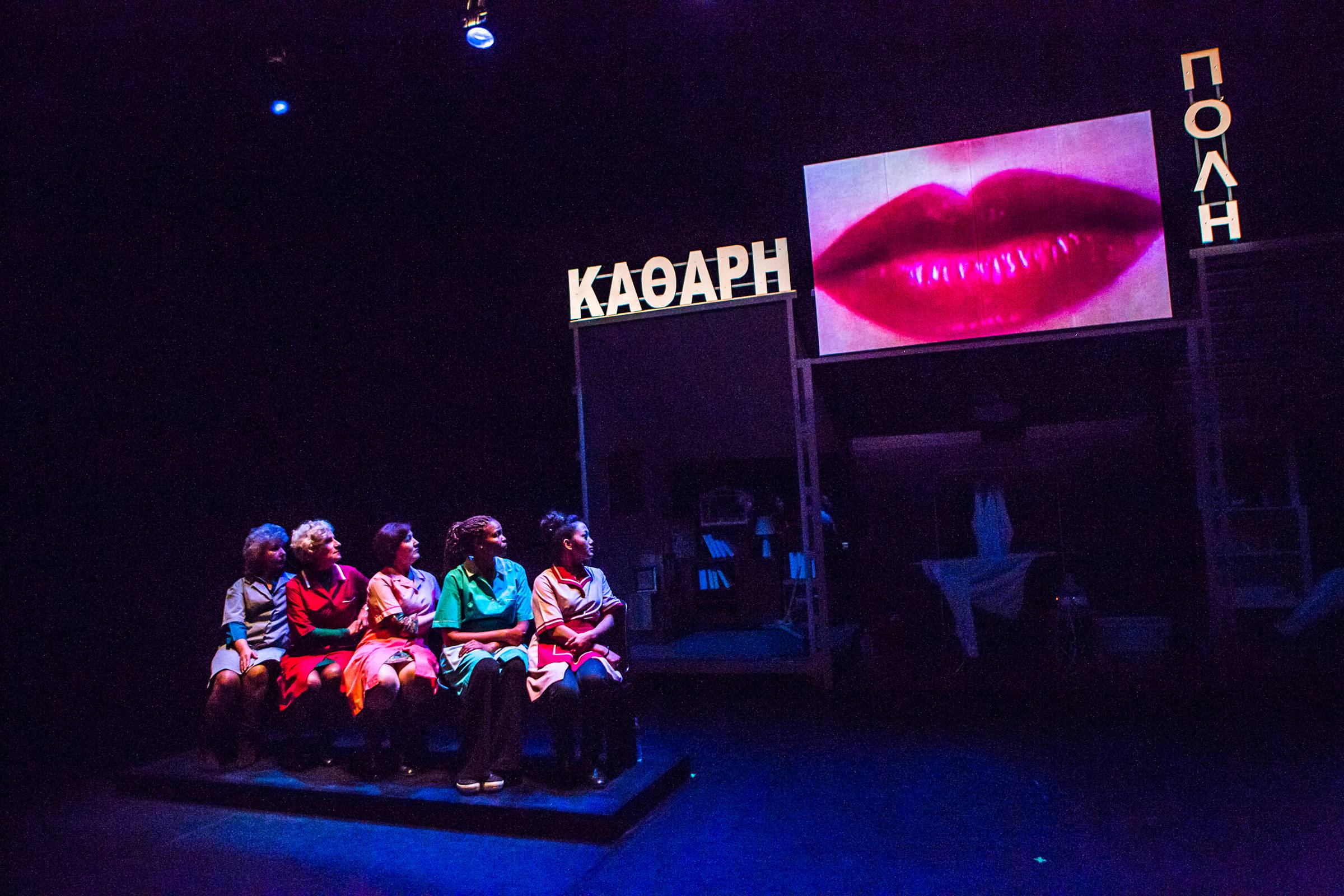 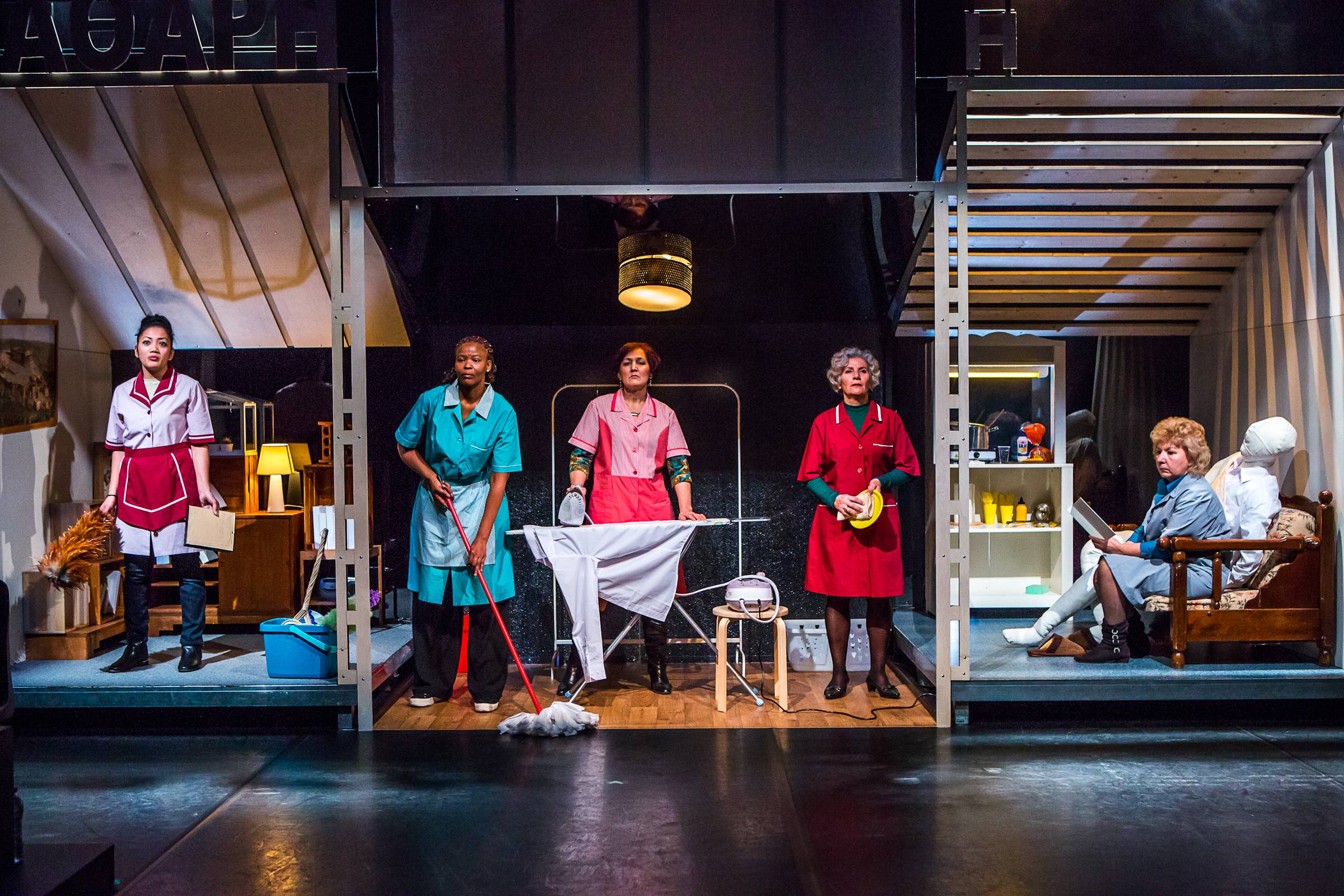 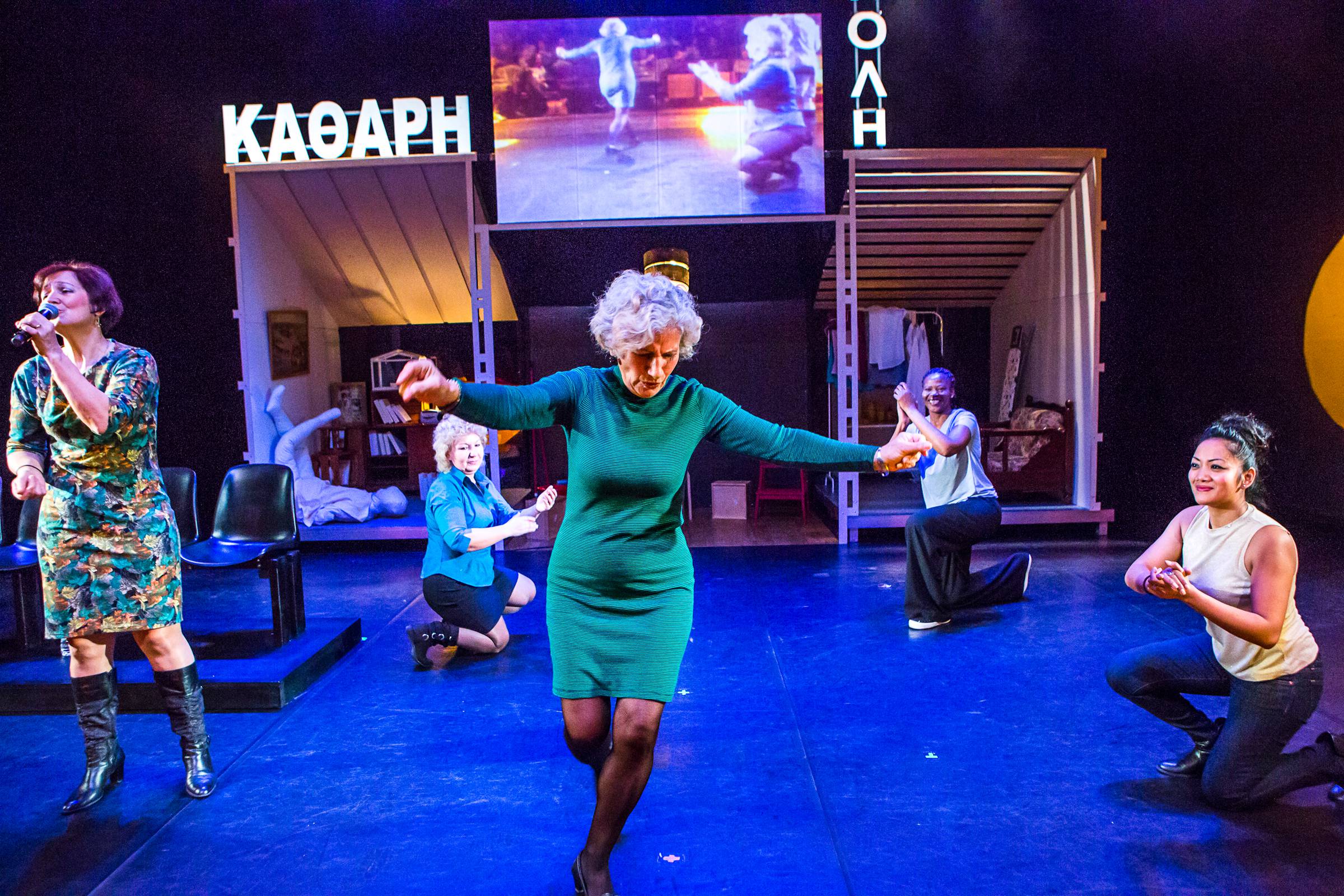 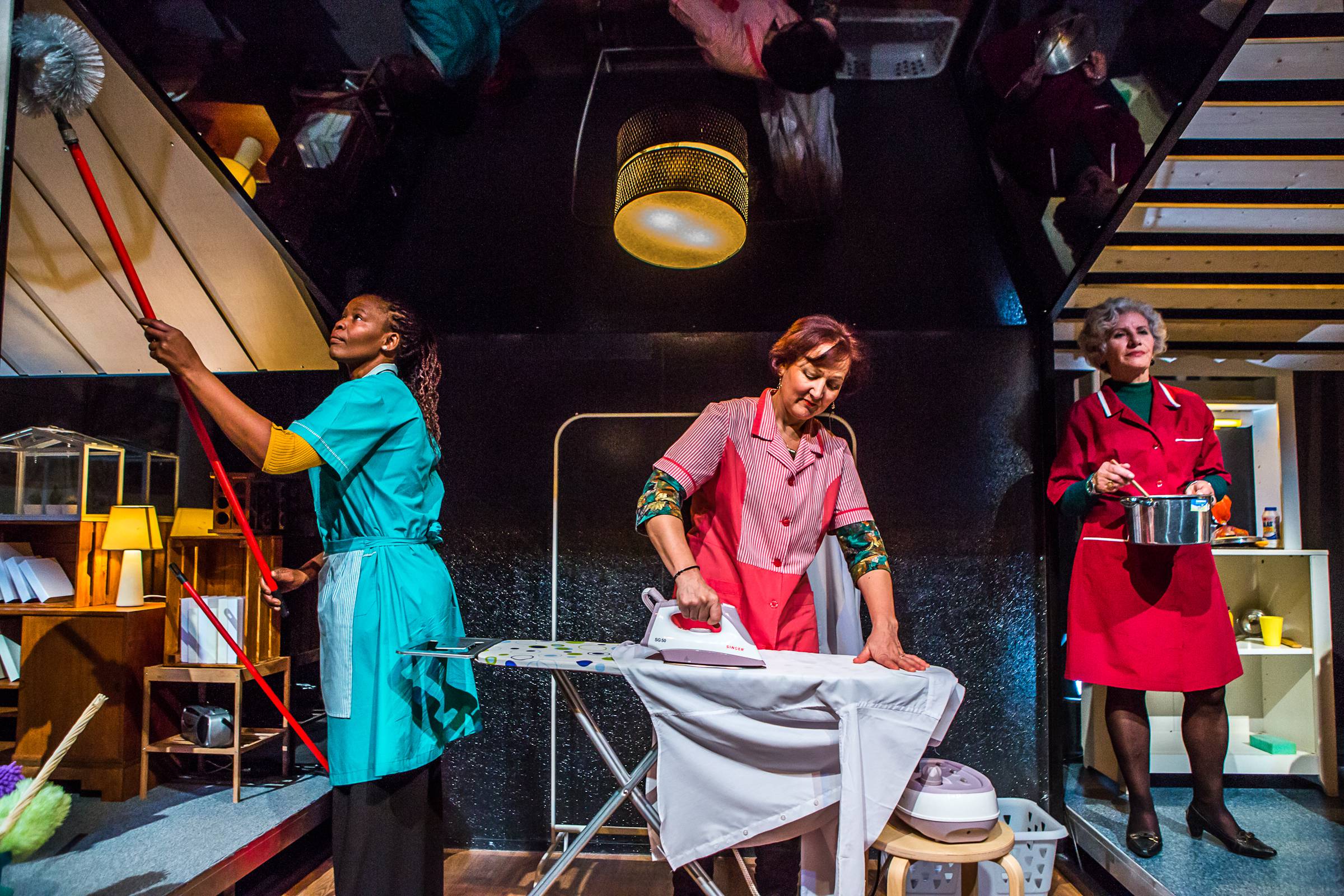 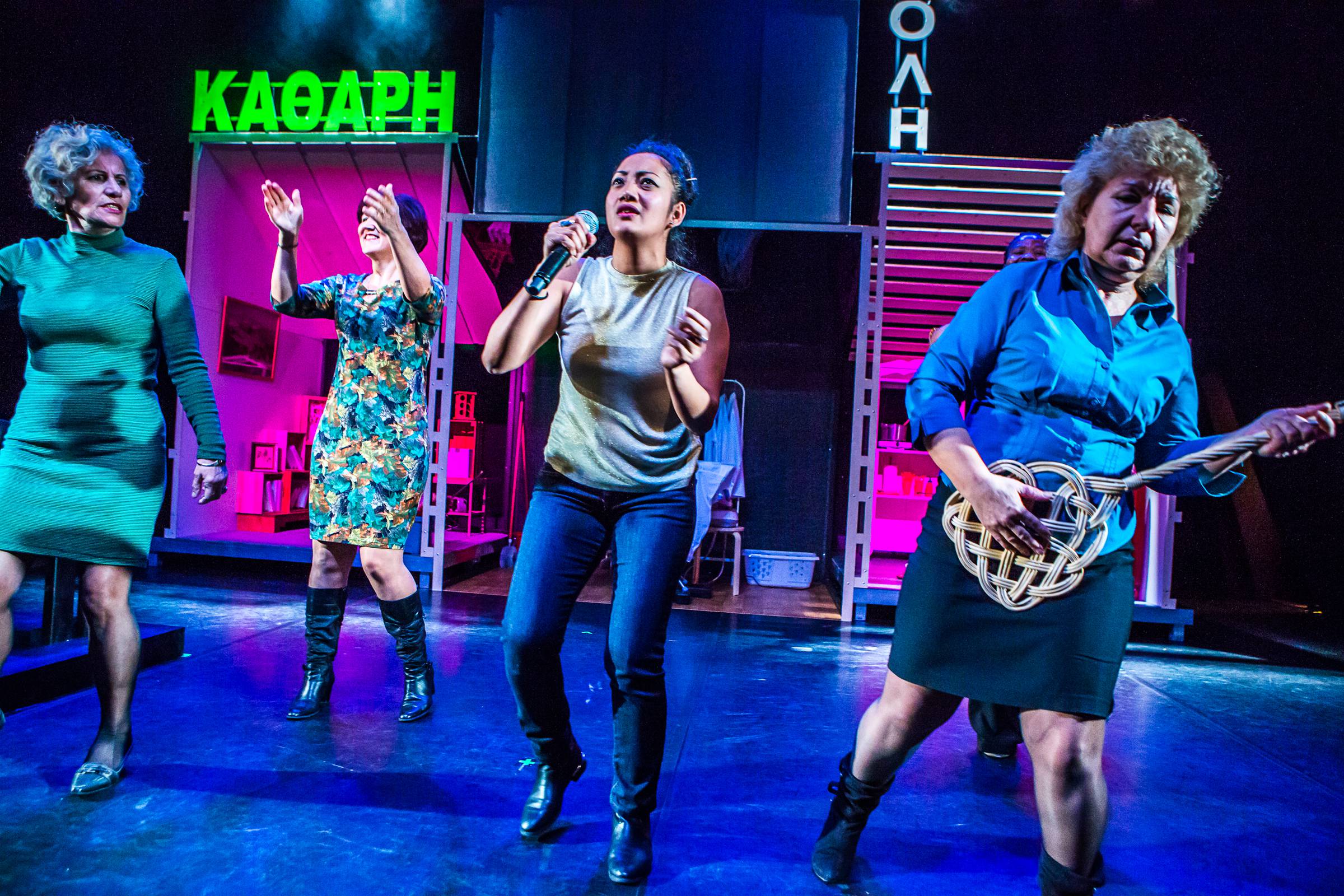 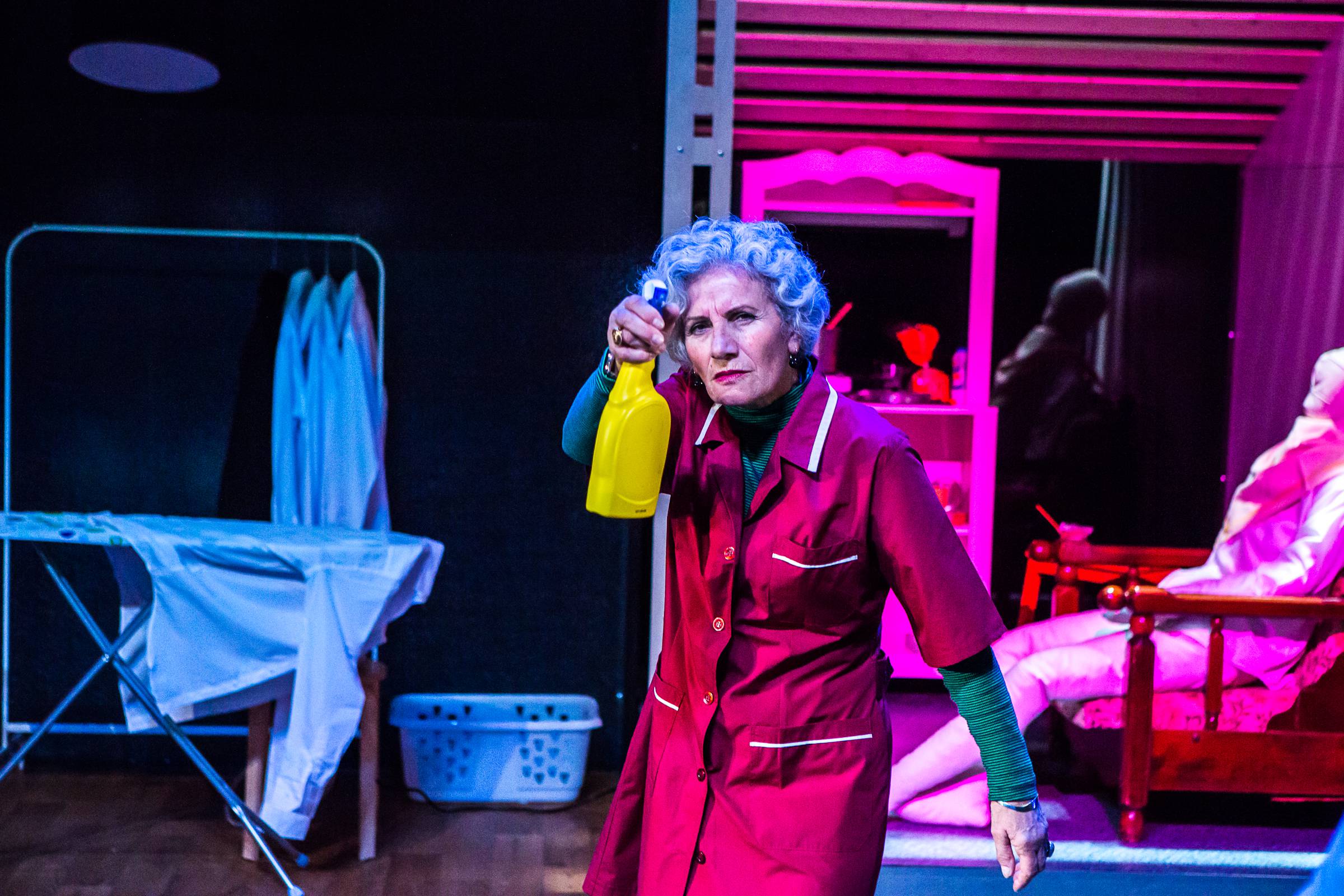