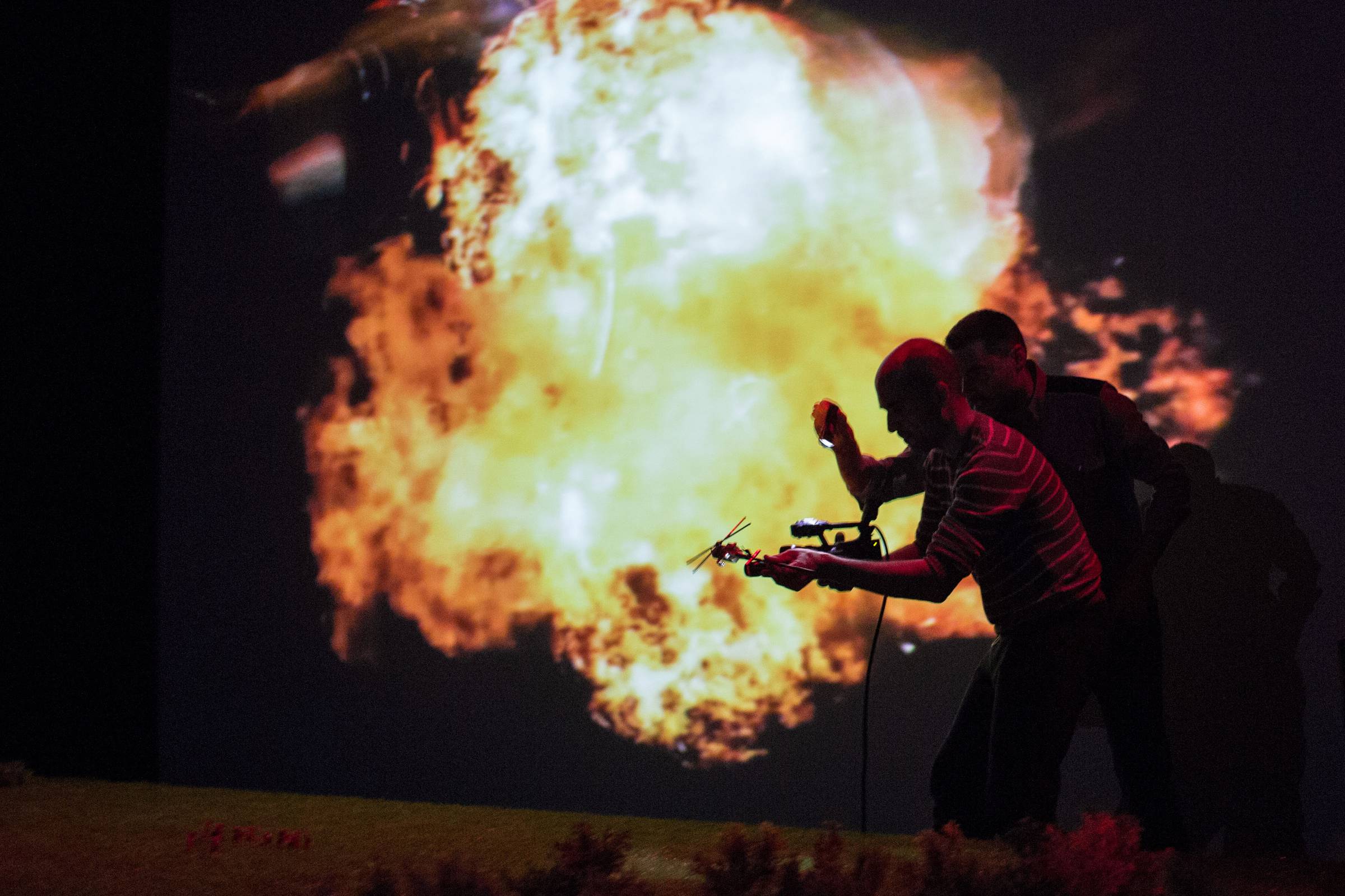 A House in Asia

The house where Geronimo is hiding in Pakistan. An exact copy of that house in a military base in North Carolina. A third twin house in Jordan, where a film is shot. The largest manhunt in history. A Sheriff obsessed with a white whale. Cowboys and Indians. Airplanes and beers. Copies, reflections, imitations and cheeseburgers. Through its trademark language (scale models, video projections, video editing in real time and willing performers) Agrupación Señor Serrano presents a scenic western where reality and its copies are mixed, drawing a merciless pop portrait of the decade following 9/11, the seed for the 21st century. Come and see.

“A House in Asia is a great show on the fiction that surrounds us and conditions us and a great reflection –charged with irony and criticism- about the obsessions of a society that involved a half of the world.”(Juan Carlos Olivares, www.recomana.cat)

“They tell a visual story through film scenes, live filming with mini-cameras of the amazing models that they have built, and plastic Cowboys and Indians action figures. It's their style, their way of doing theater, their way of communicating. [...] They are not afraid to talk about sensitive issues such as the attack on the Twin Towers, or to make a fierce criticism of all that has followed, mixing arguments, speeches, pictures, music...” (Toni Polo, www.eldiairo.es)

Performance in English with Romanian and German translations 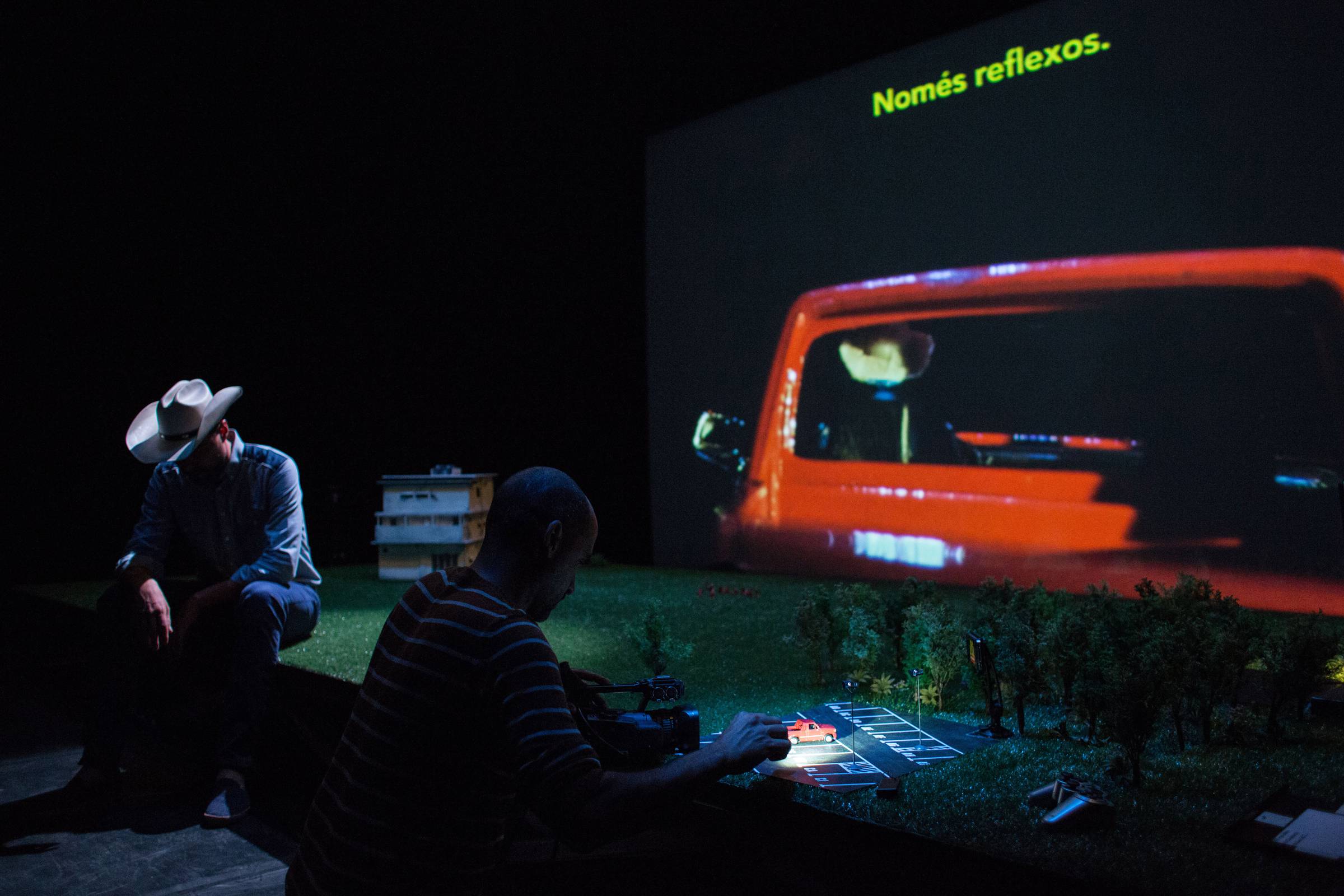 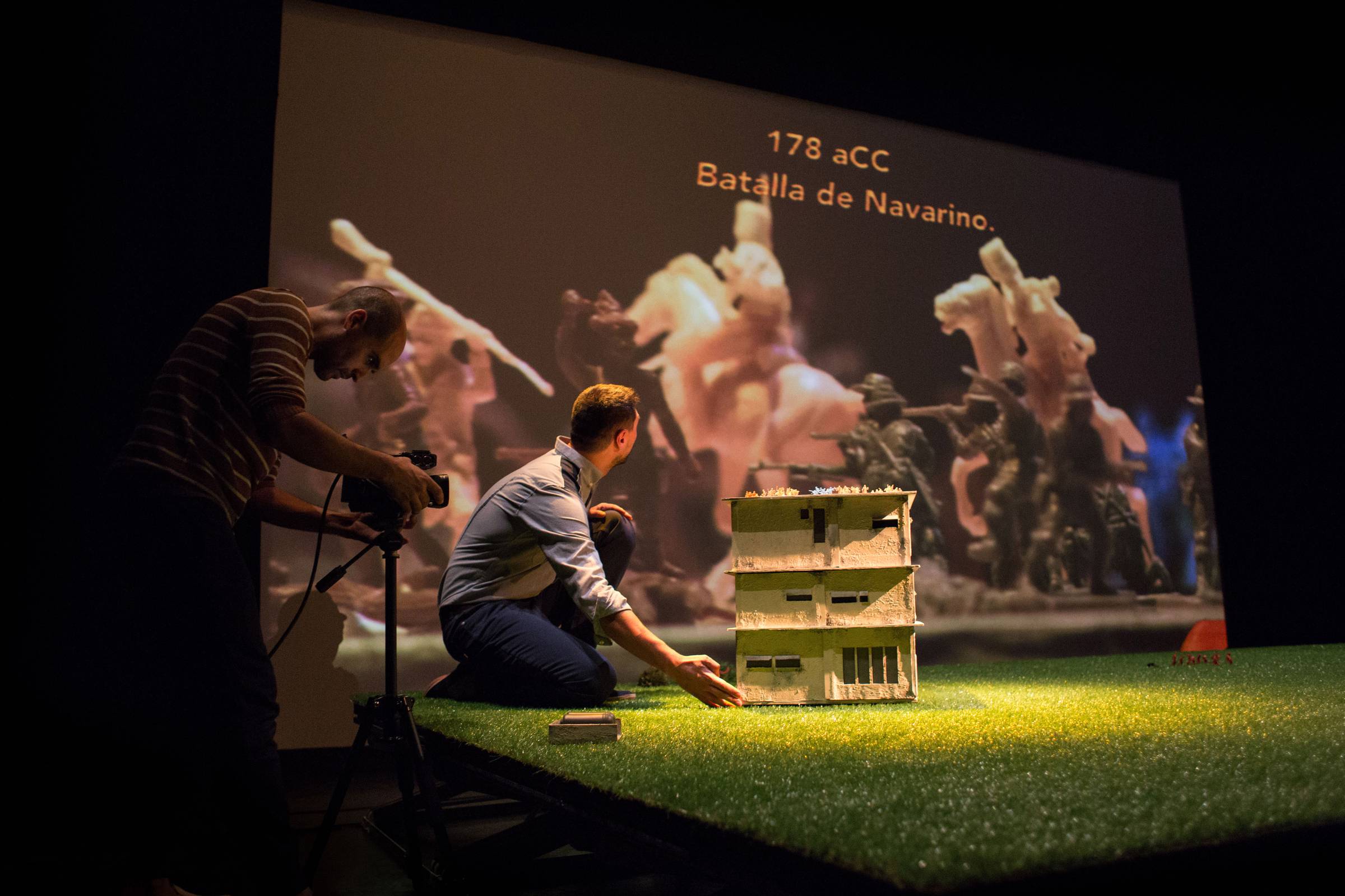 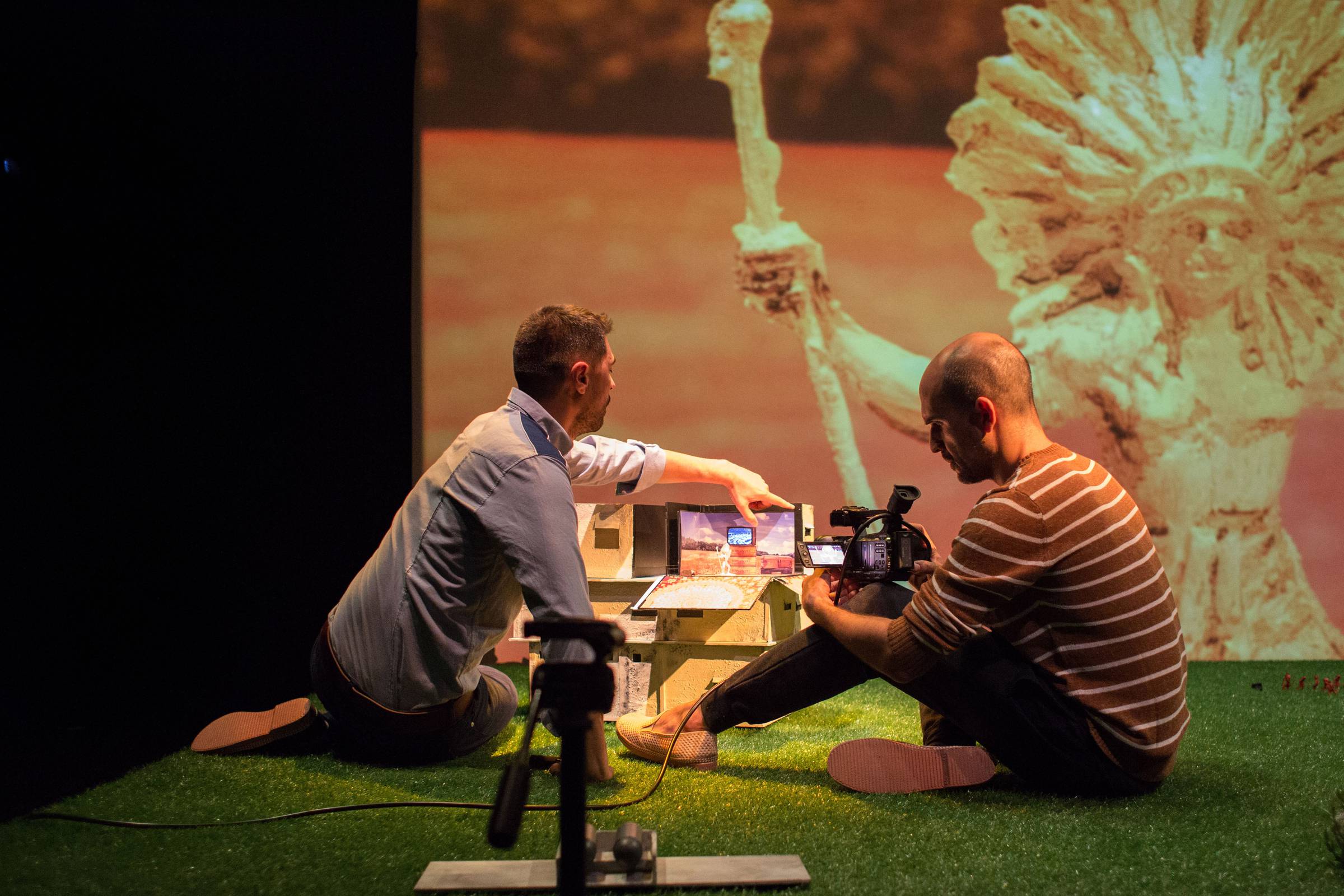 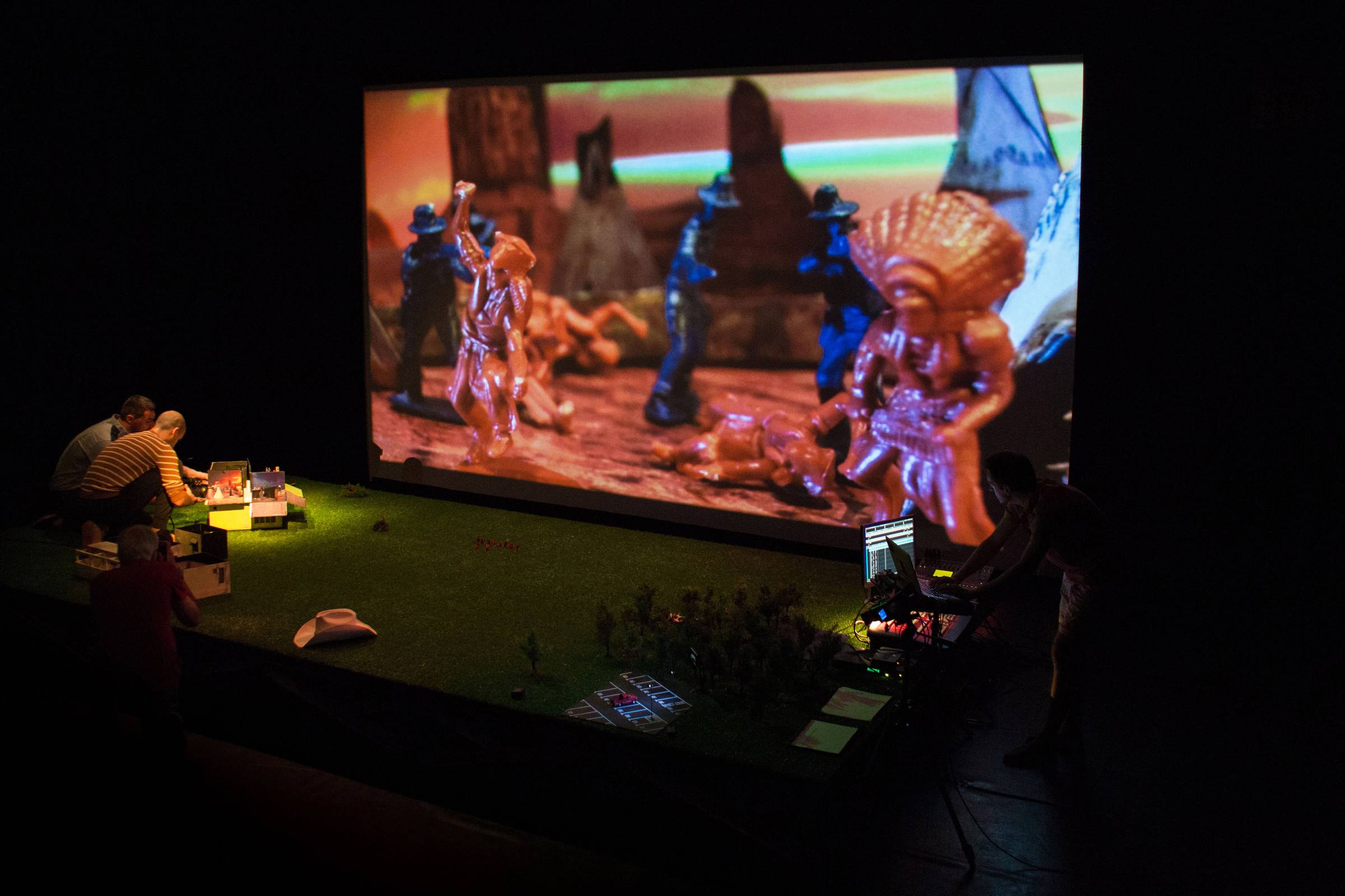 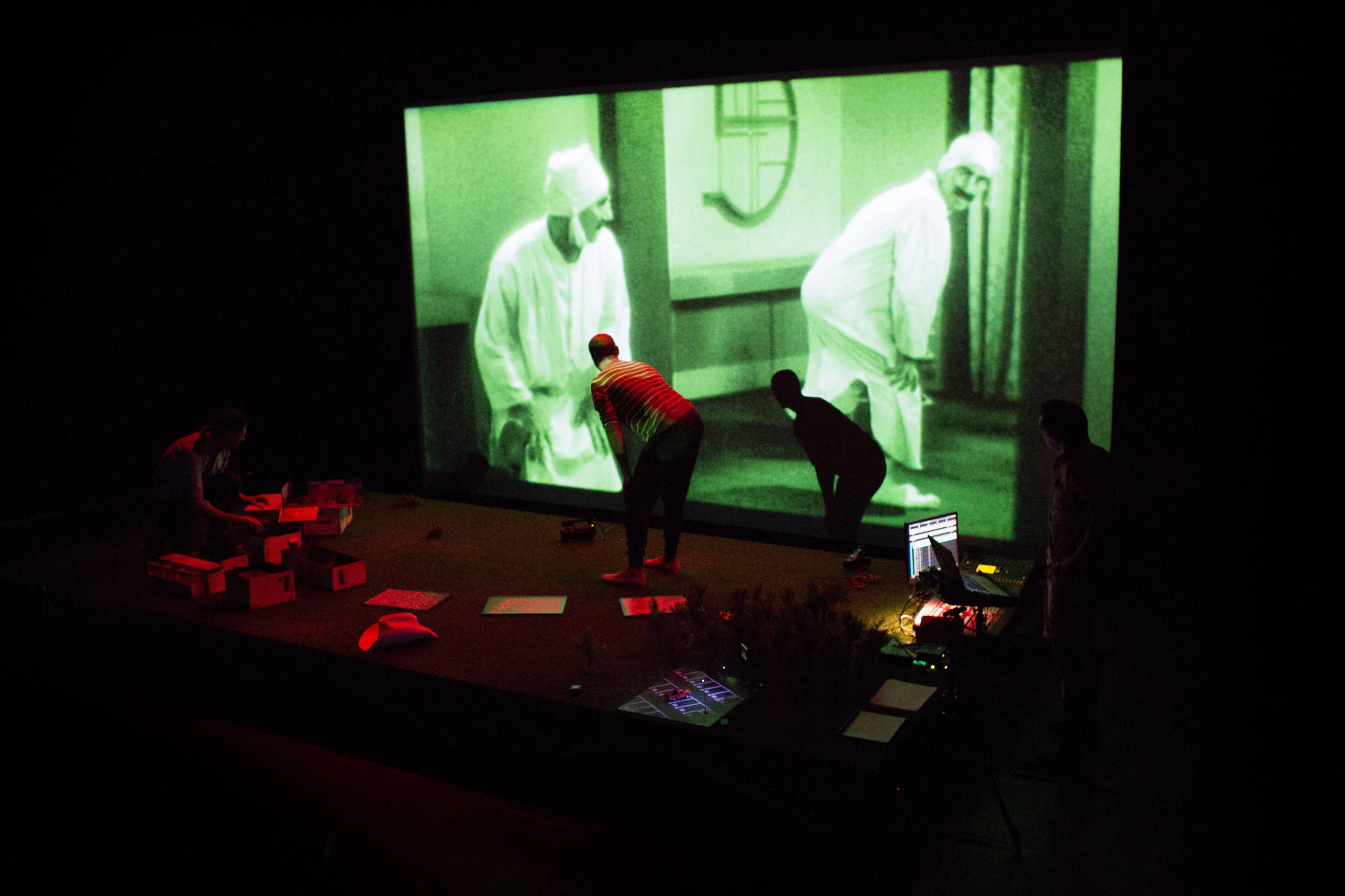 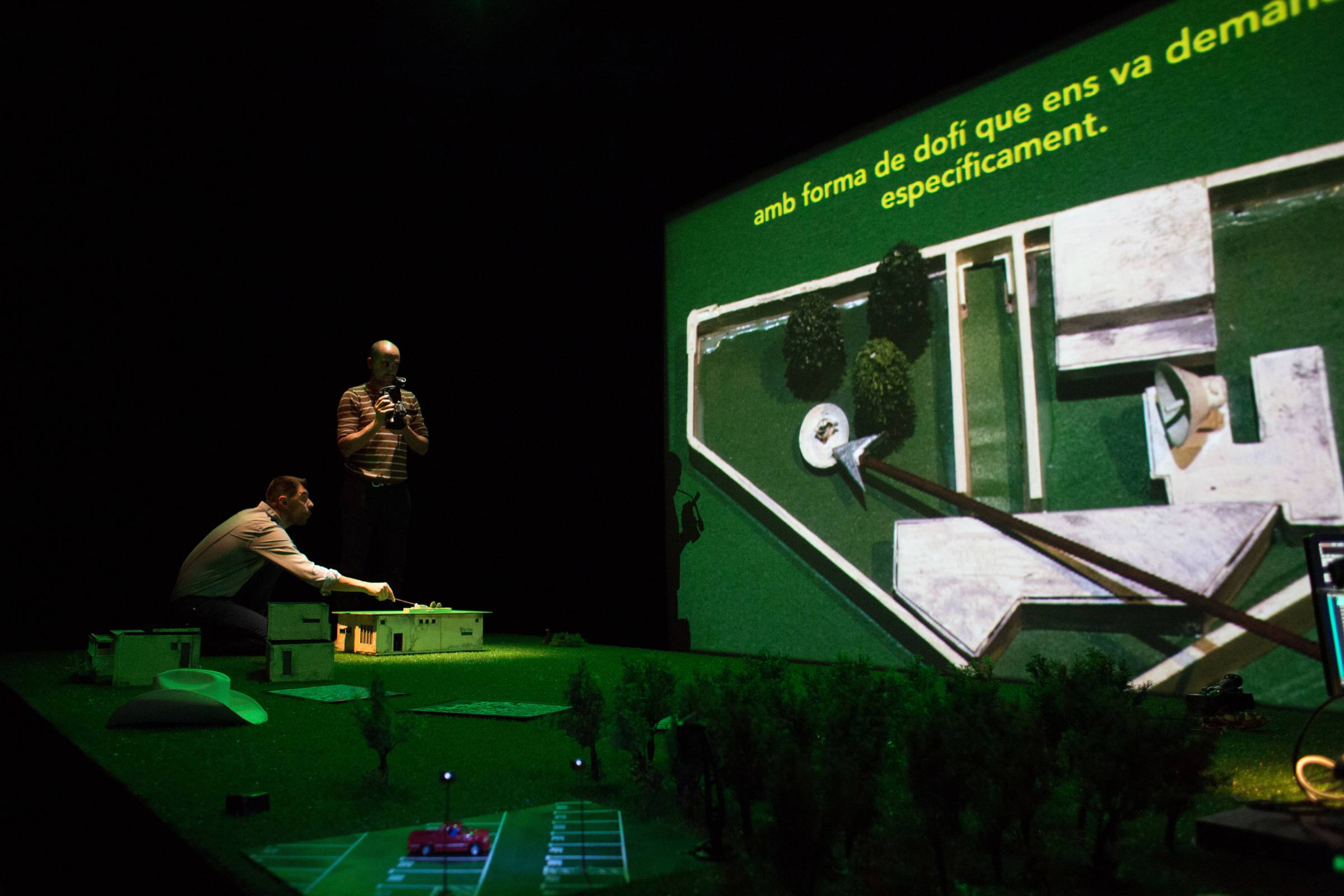 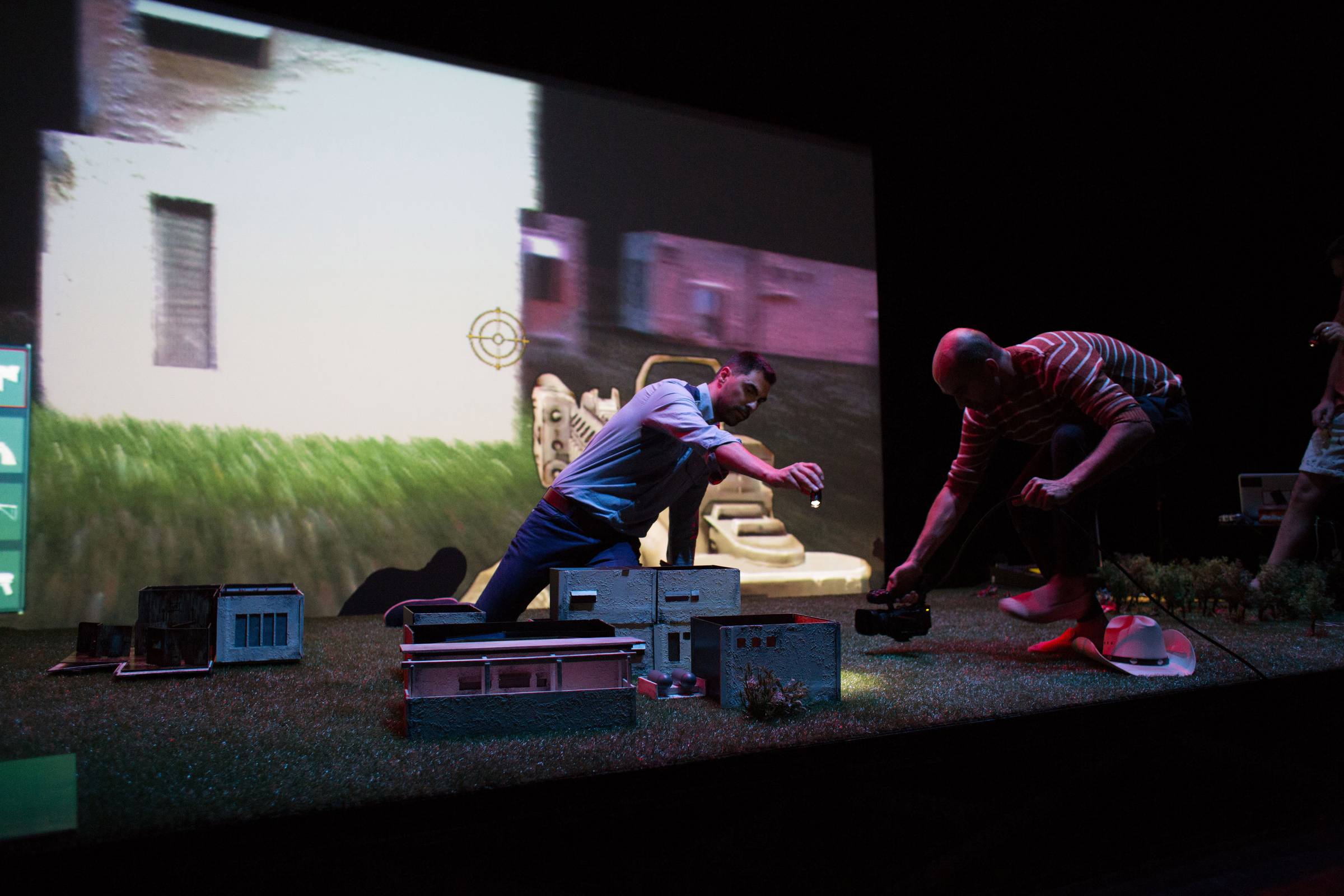 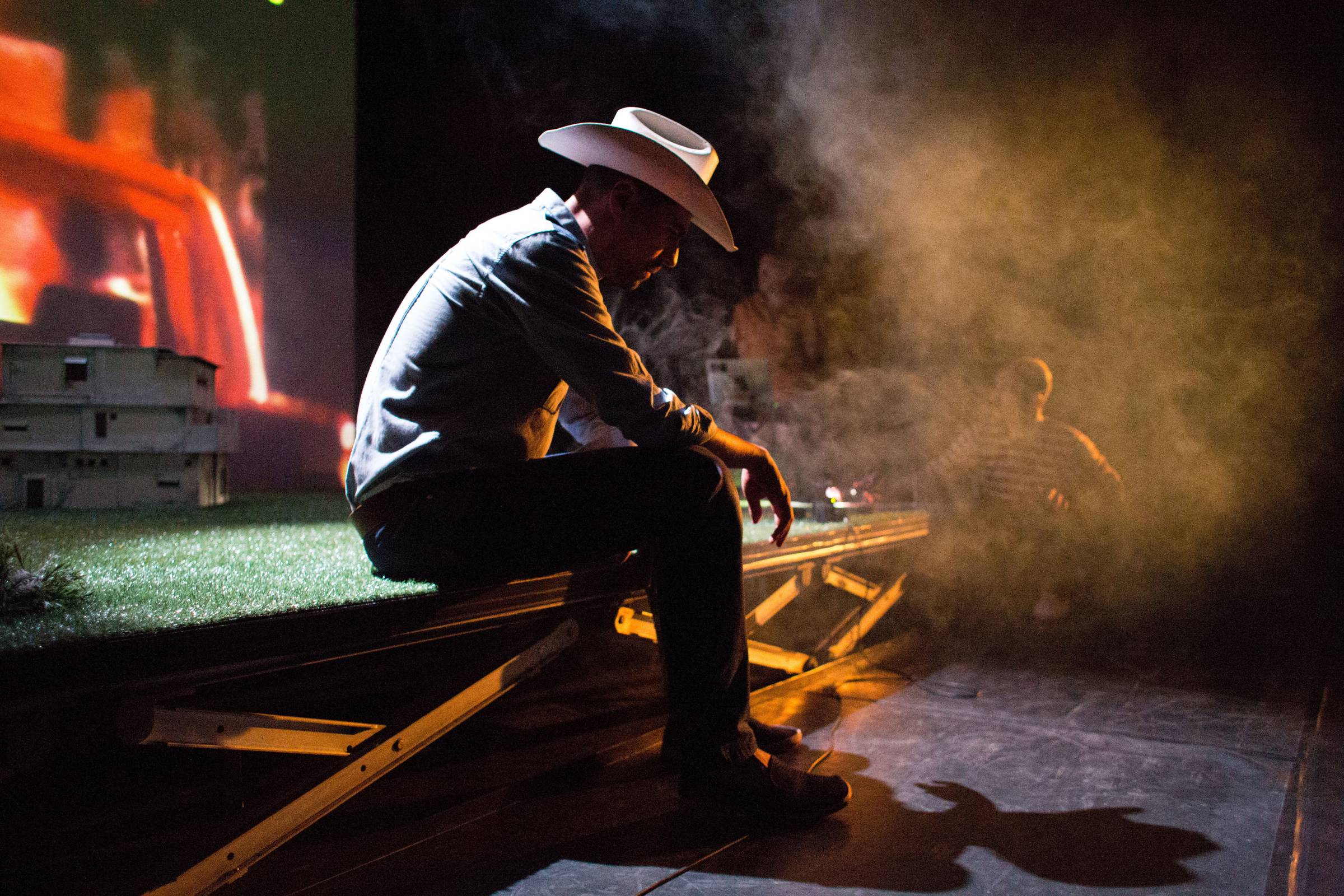 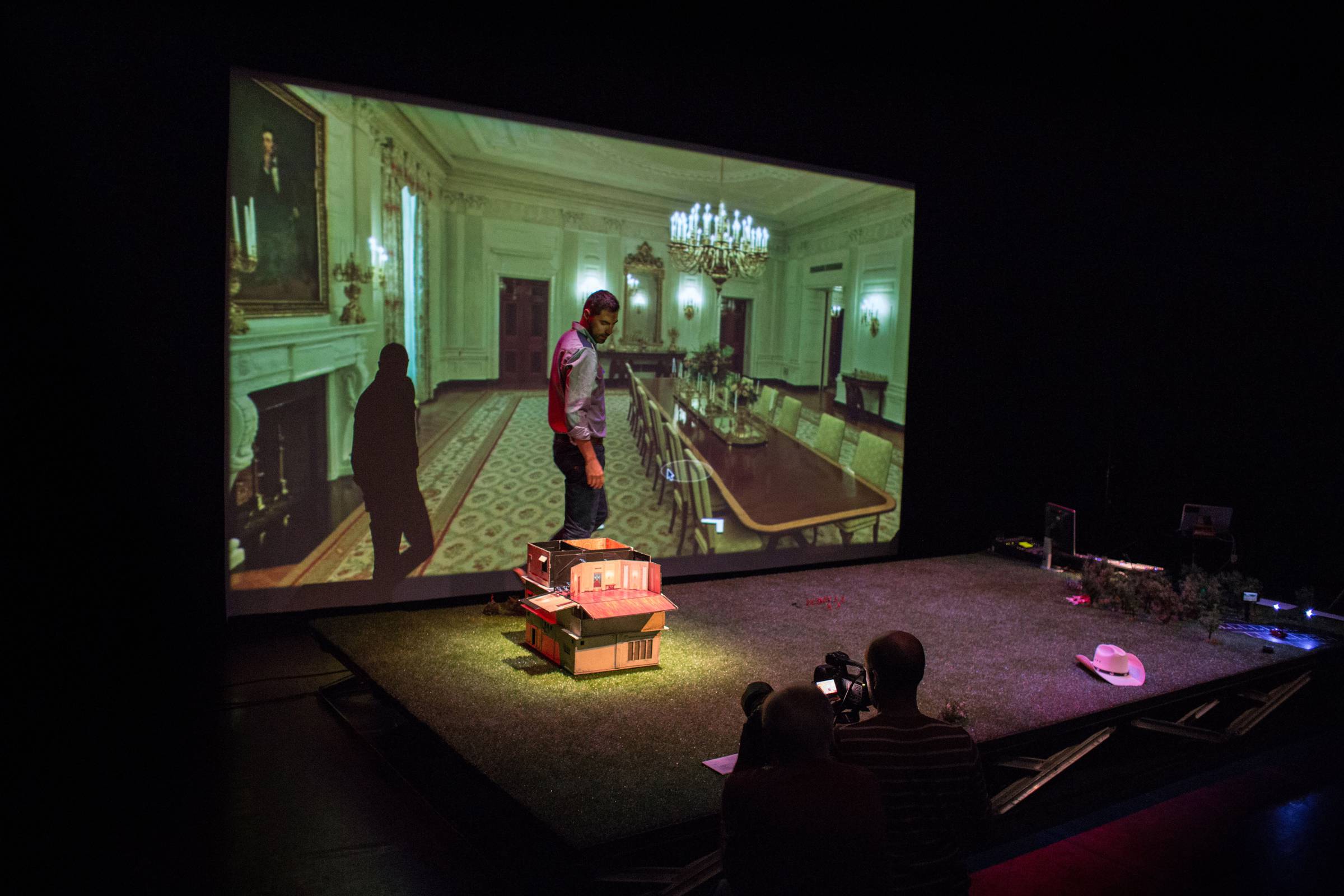