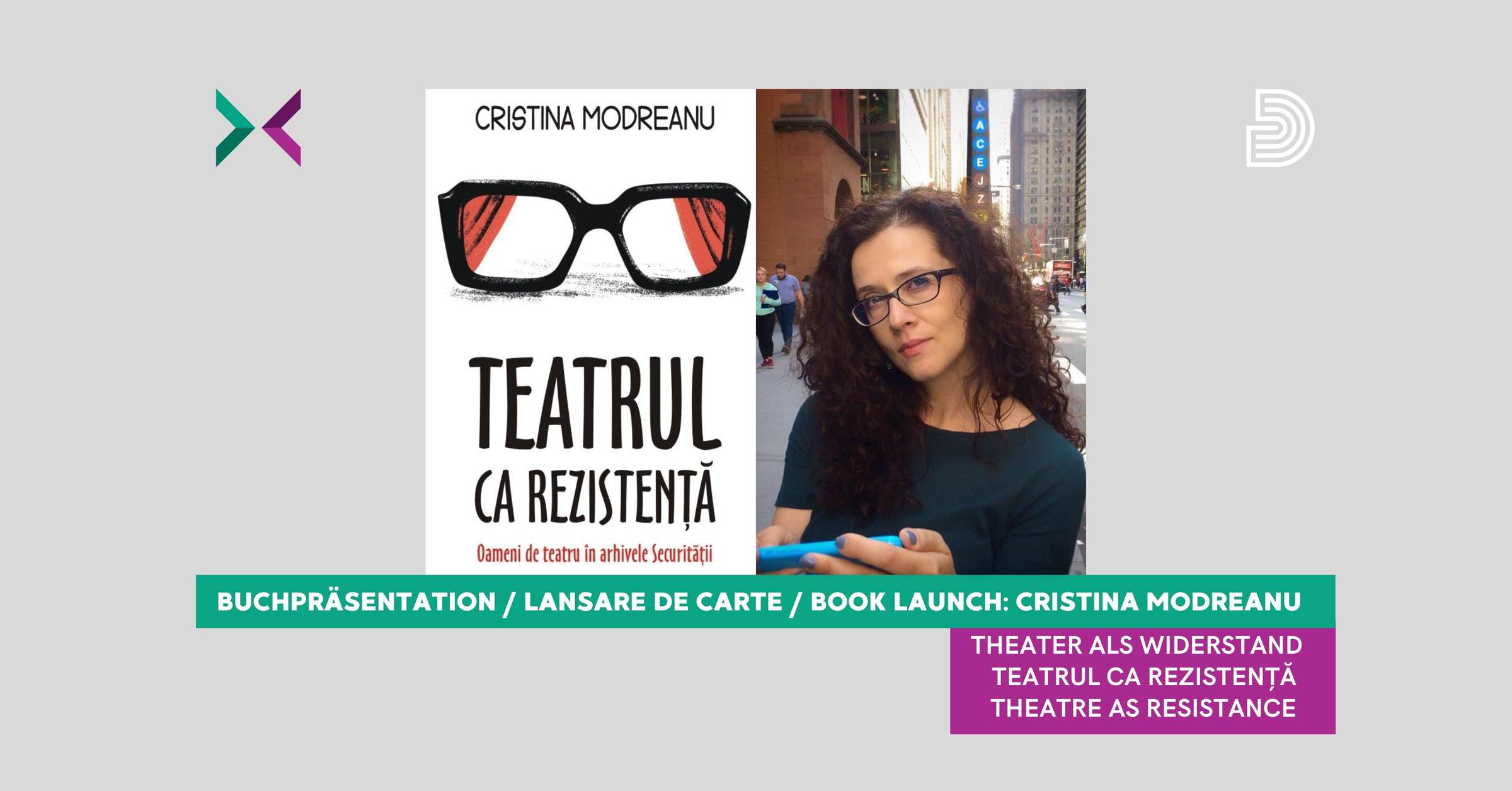 Book launch: Theatre as Resistance. ”People of theatre in the Securitate archives” by Cristina Modreanu

What we know about the pre-1989 theatre resistance is only what was heard outside - banned performances, big scandals, large numbers of viewings at some productions, replacements of directors. A mythology that became part of history. But "resistance through culture" is not only about extreme gestures of spectacular courage, capable of instantly attracting international public attention, to bring a criminal or oppressive regime into the debate. As useful as these gestures of dissent are, and as admirable as the courage of those who commit them,

taking incalculable personal risks, less visible acts of resistance are also important, but they recur throughout the careers of artists.

This constant "cultural guerrilla warfare", this dangerous "ballet" whose steps may seem ridiculous or obsolete today, meaningless or ineffective - in a world dominated by efficiency measured by clearly measurable indices, was at the time a silent, diffused statement, but it was an ethical stance taken by people who refused to be totally "true to their time", exercising their conscience and inner freedom and urging others, more or less openly, to do so.

Cristina Modreanu is a curator, critic and theatre historian. As a researcher, she coordinates the project Multimedia Dictionary of Romanian Theatre (AFCN Award for Activating Intangible Heritage, 2021) - www.dmtr.ro. She is the editor-in-chief of the performing arts magazine Scena.ro and researcher at the Janovics Center for Screen and Performing Arts Studies at the University "Babeș-Bolyai" in Cluj-Napoca. She holds a PhD in theatre and is a Fulbright alumna and was a visiting scholar at the Tisch School of the Arts, Performance Studies Department, New York University. Her first book in English, A History of Romanian Theatre from Communism to Capitalism: Children of a Restless Time was published in 2020 by Routledge. www.cristinamodreanu.com.