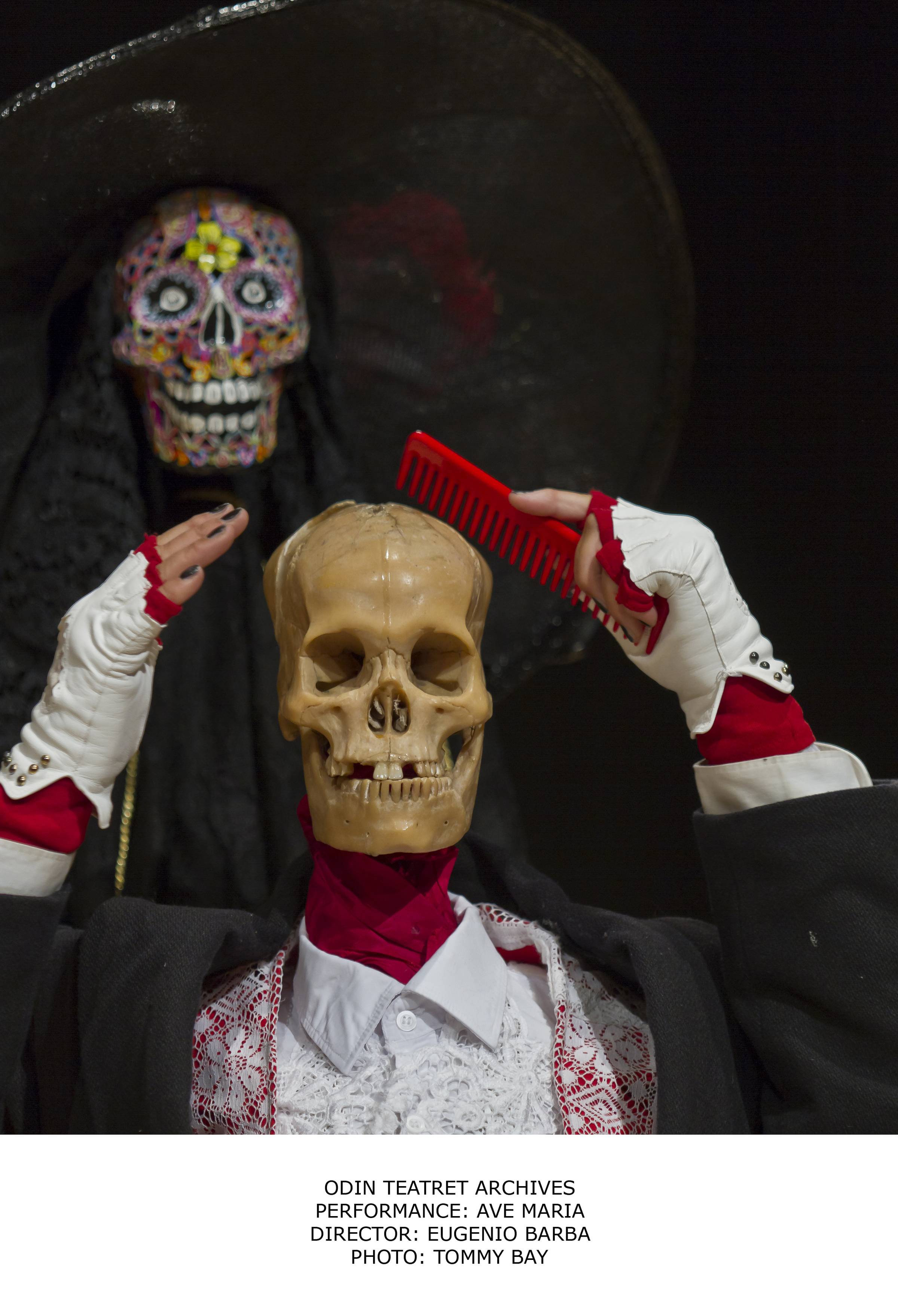 A ceremony for the Chilean actress María Cánepa

Stone skin on my head.

The dead and the transparent flies -

what are they? And what do I matter?

Maybe death doesn't take everything away.

These verses by the Italian poet Antonio Verri sum up the performance. The British actress Julia Varley evokes her meeting and friendship with the Chilean actress María Cánepa. Death itself celebrates the creative fantasy and dedication of María, who was able to leave a trace after her departure.

“Dedicated to Chilean actress Maria Cànepa, who died in 2006, the performance plays itself out as a liturgy as well as a funeral dance in her honour. The whole scenography replays and commemorates death, everything is penetrated by death, either in ironic or searing tones, it is death itself that officiates the ceremony we’re invited to partake in. The general impression is that of being in front of the matrix of a profoundly archaic ritual and indeed, it doesn’t matter the specific tradition it refers to, because within this liturgy lies the confluence of a sacred settled over millennia." (Federica Spinella)

Performance in English with Romanian and German translations 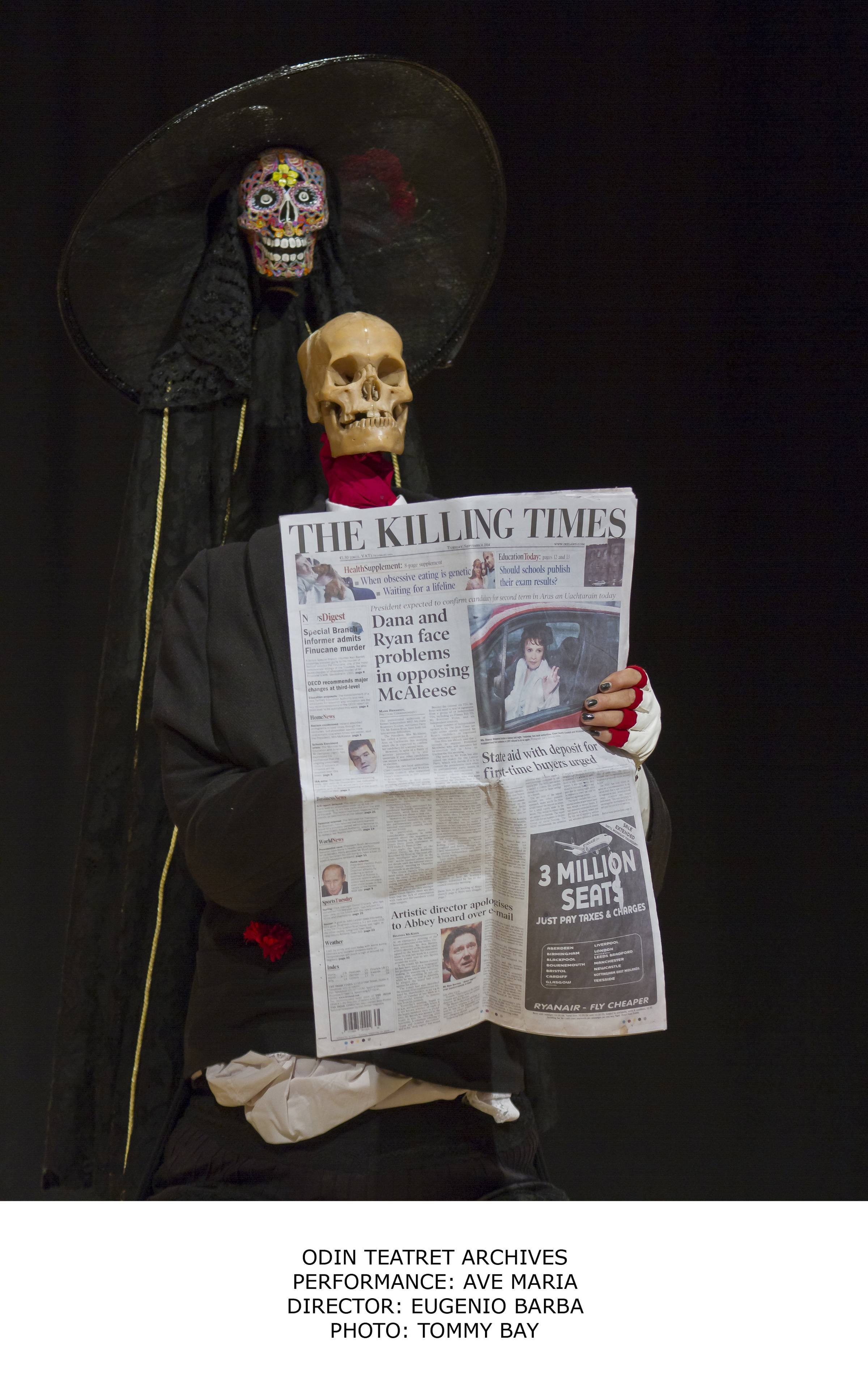 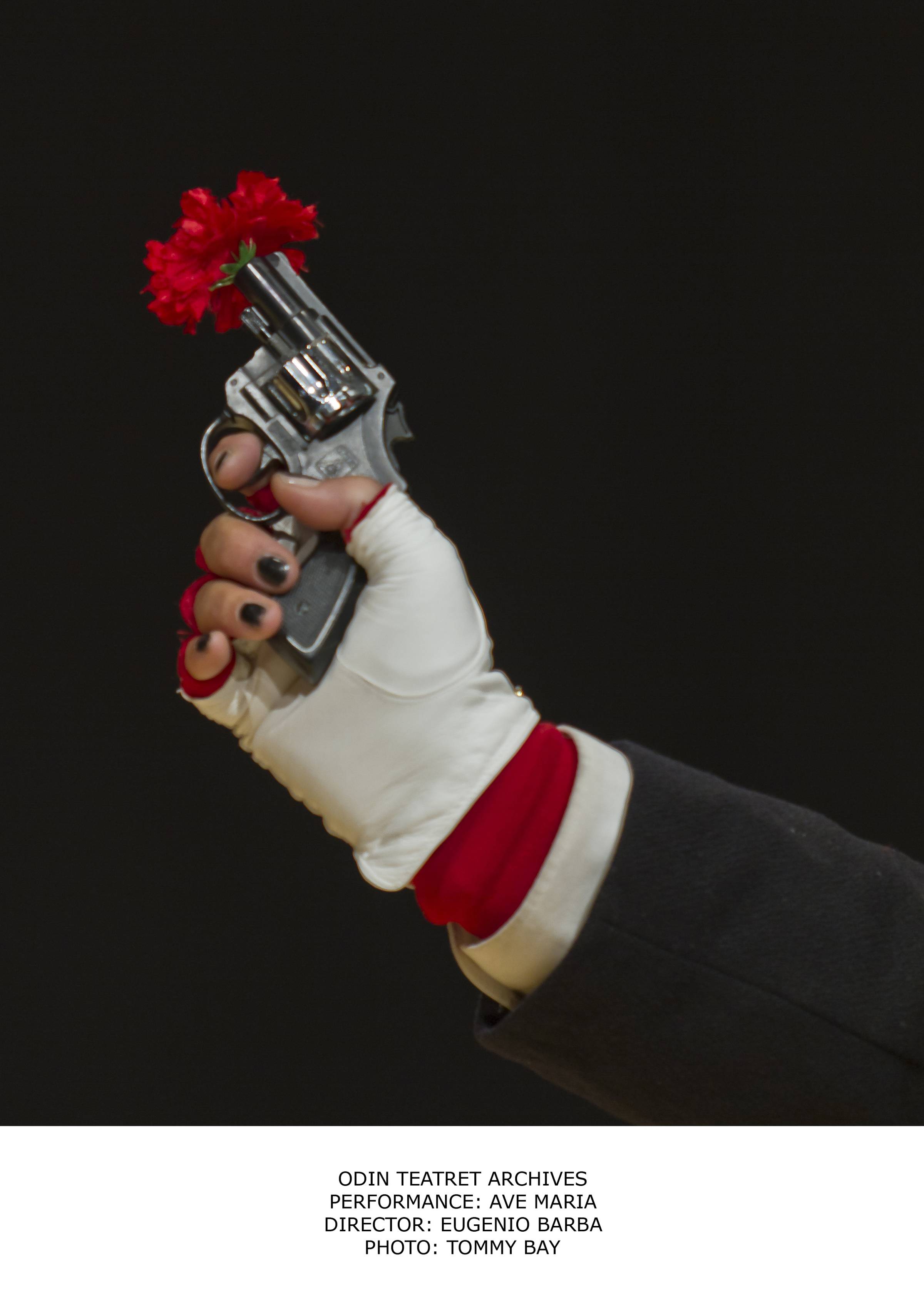 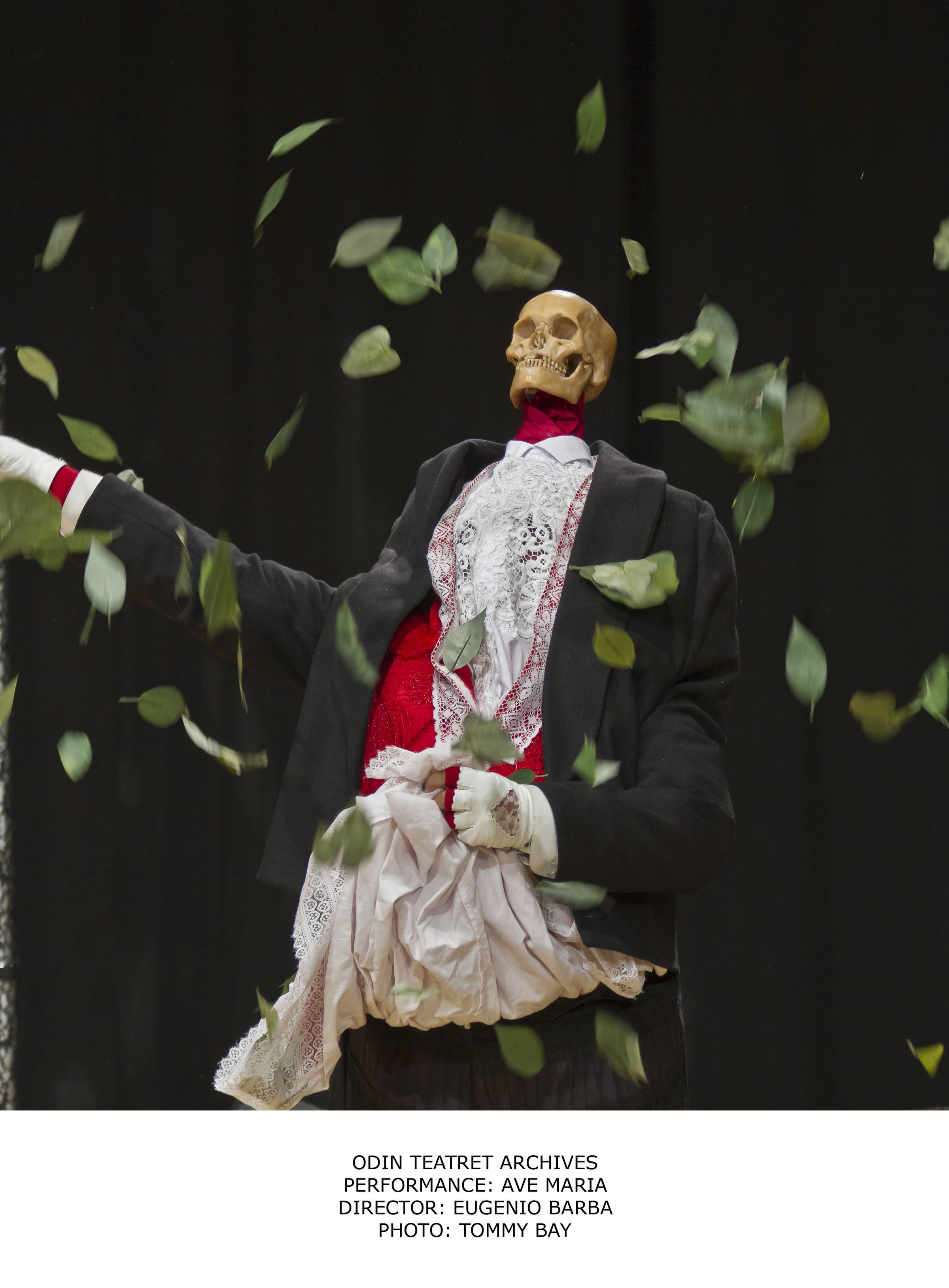 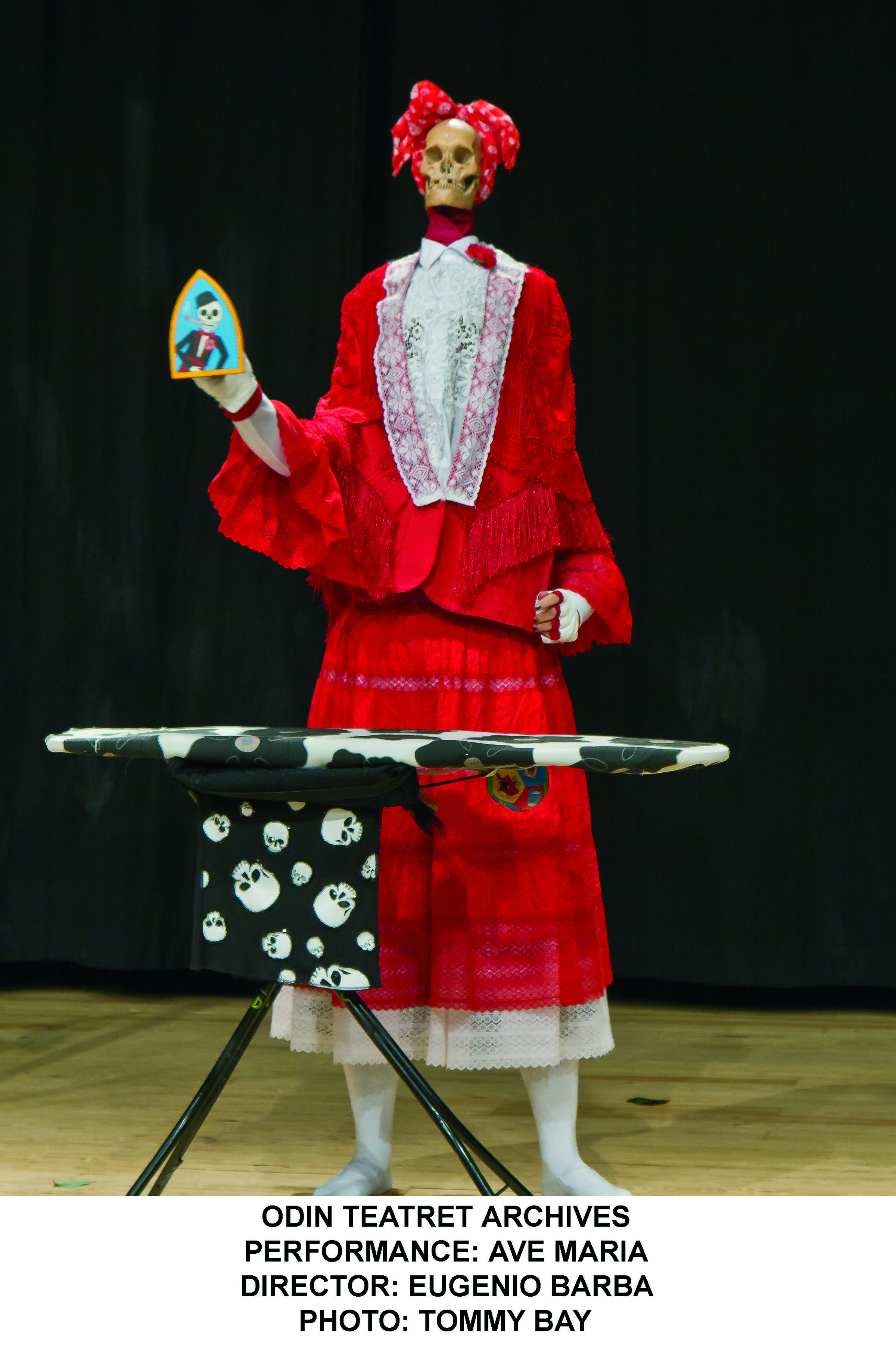 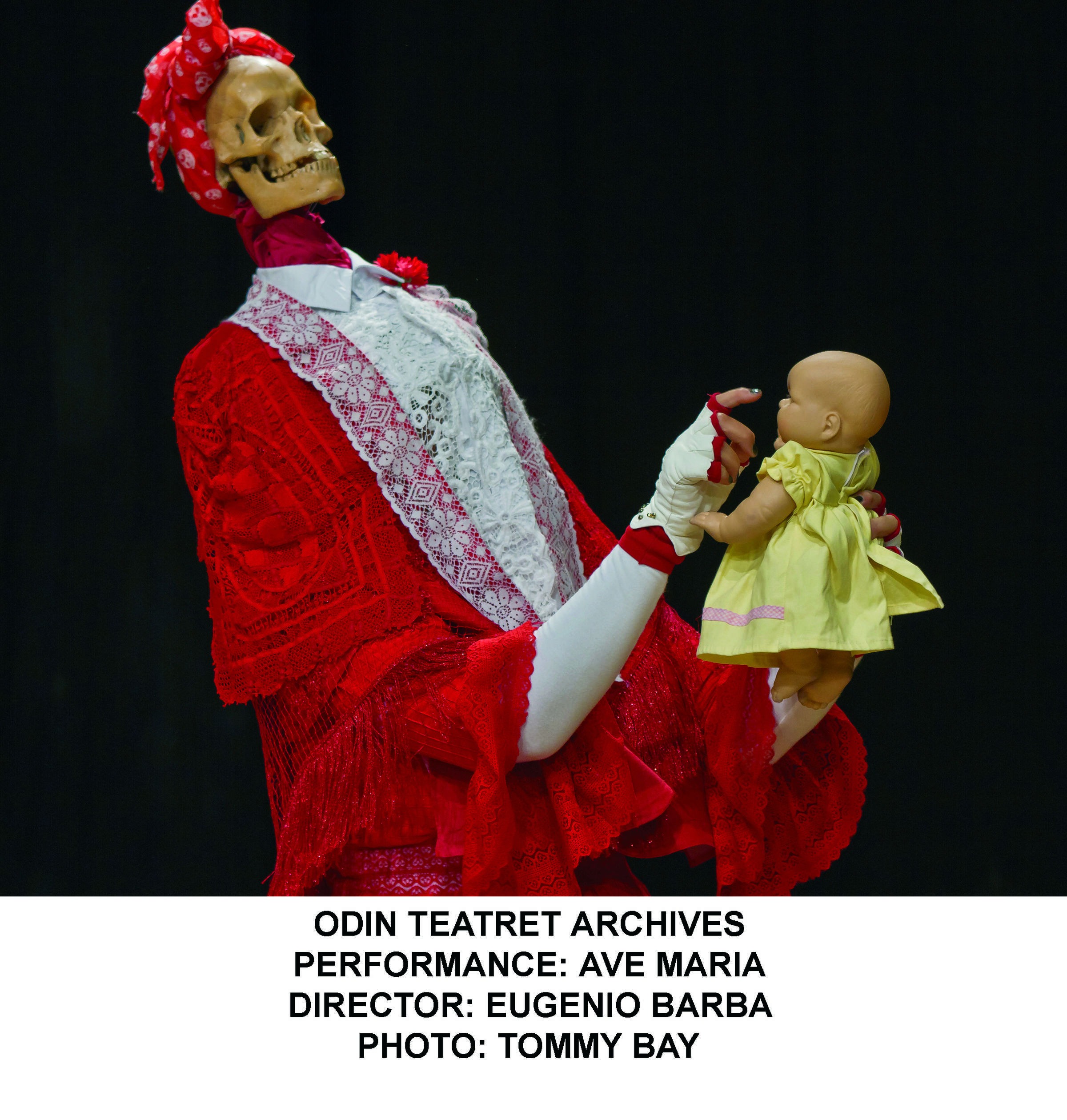 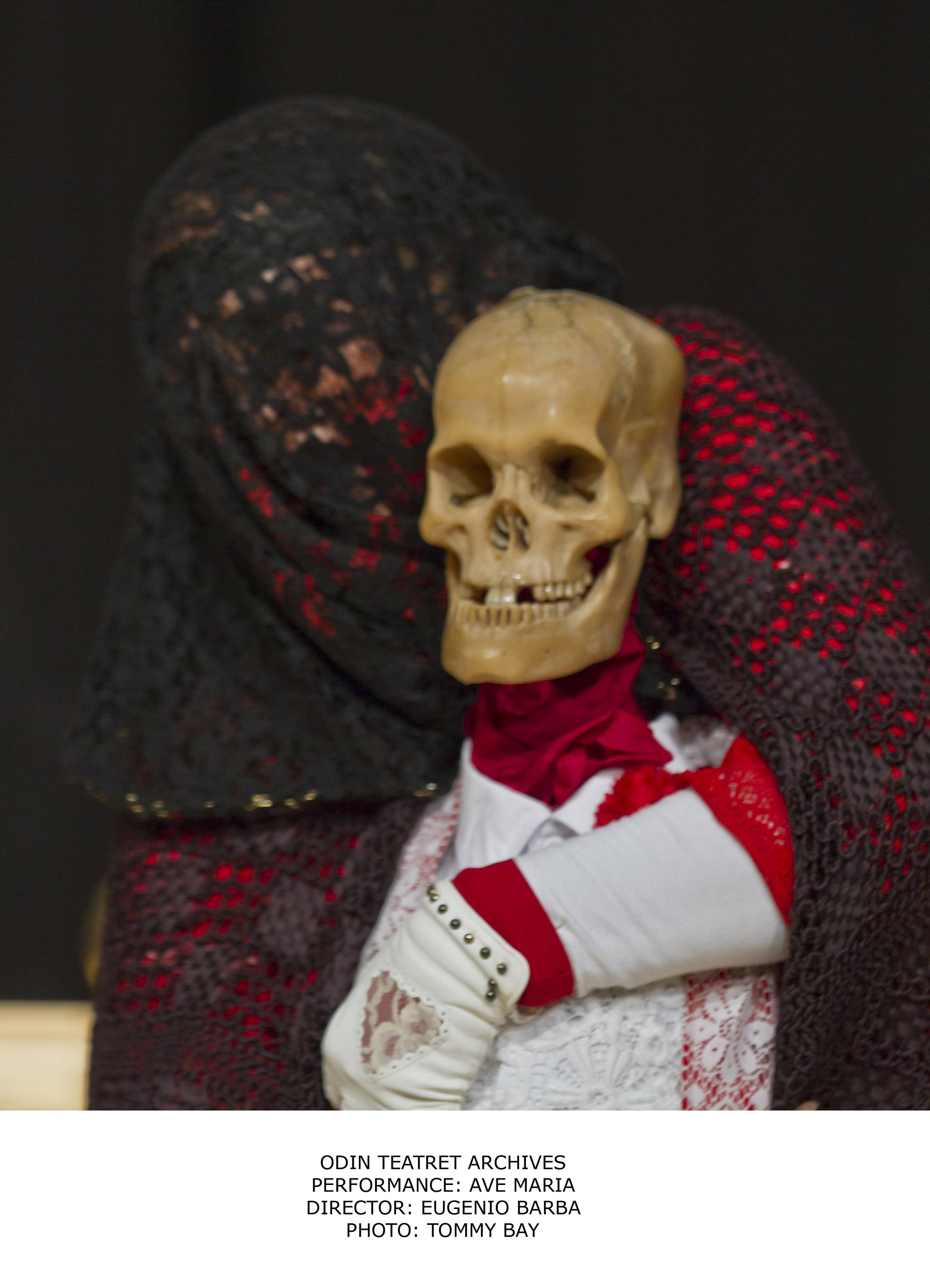 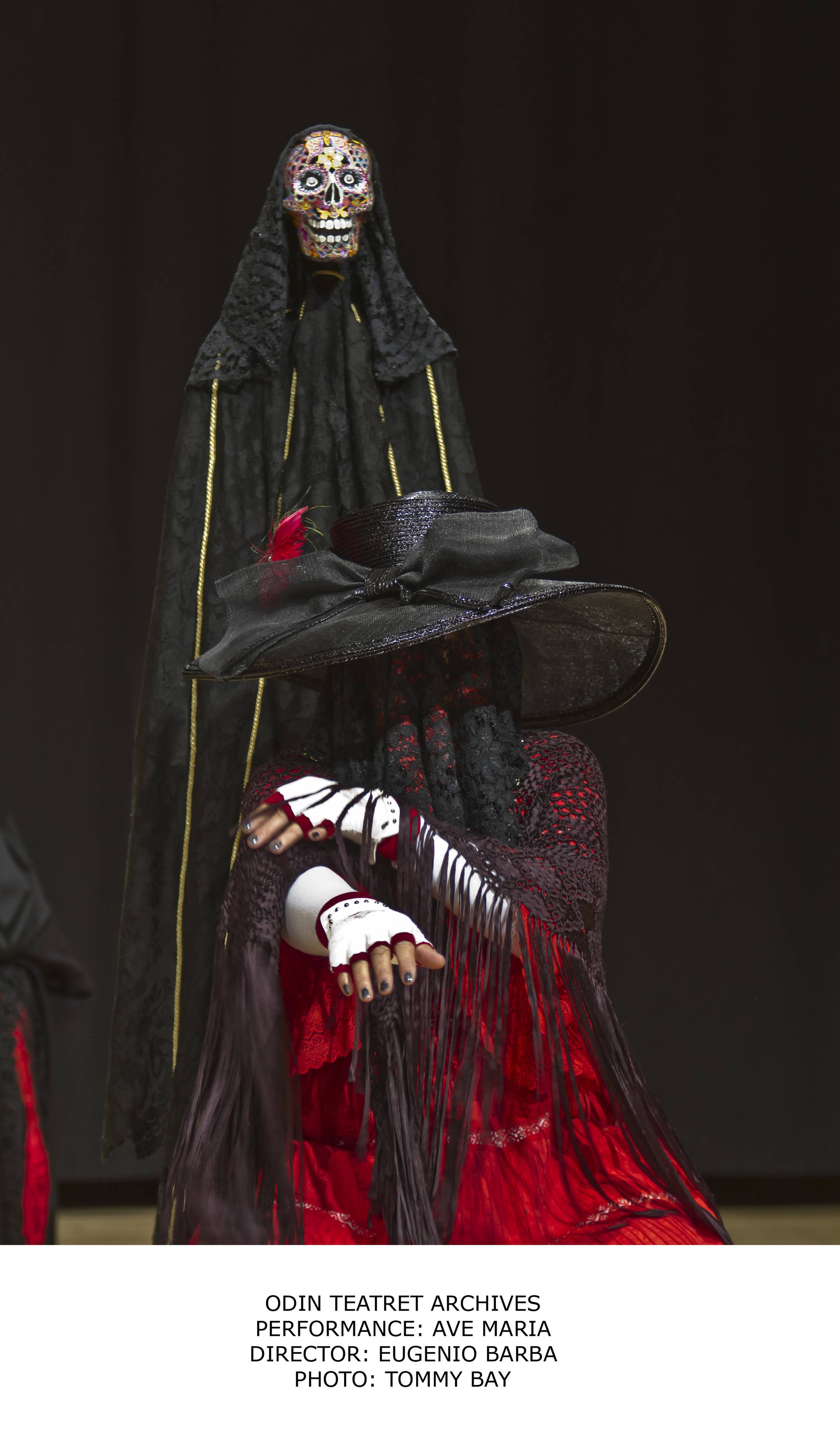 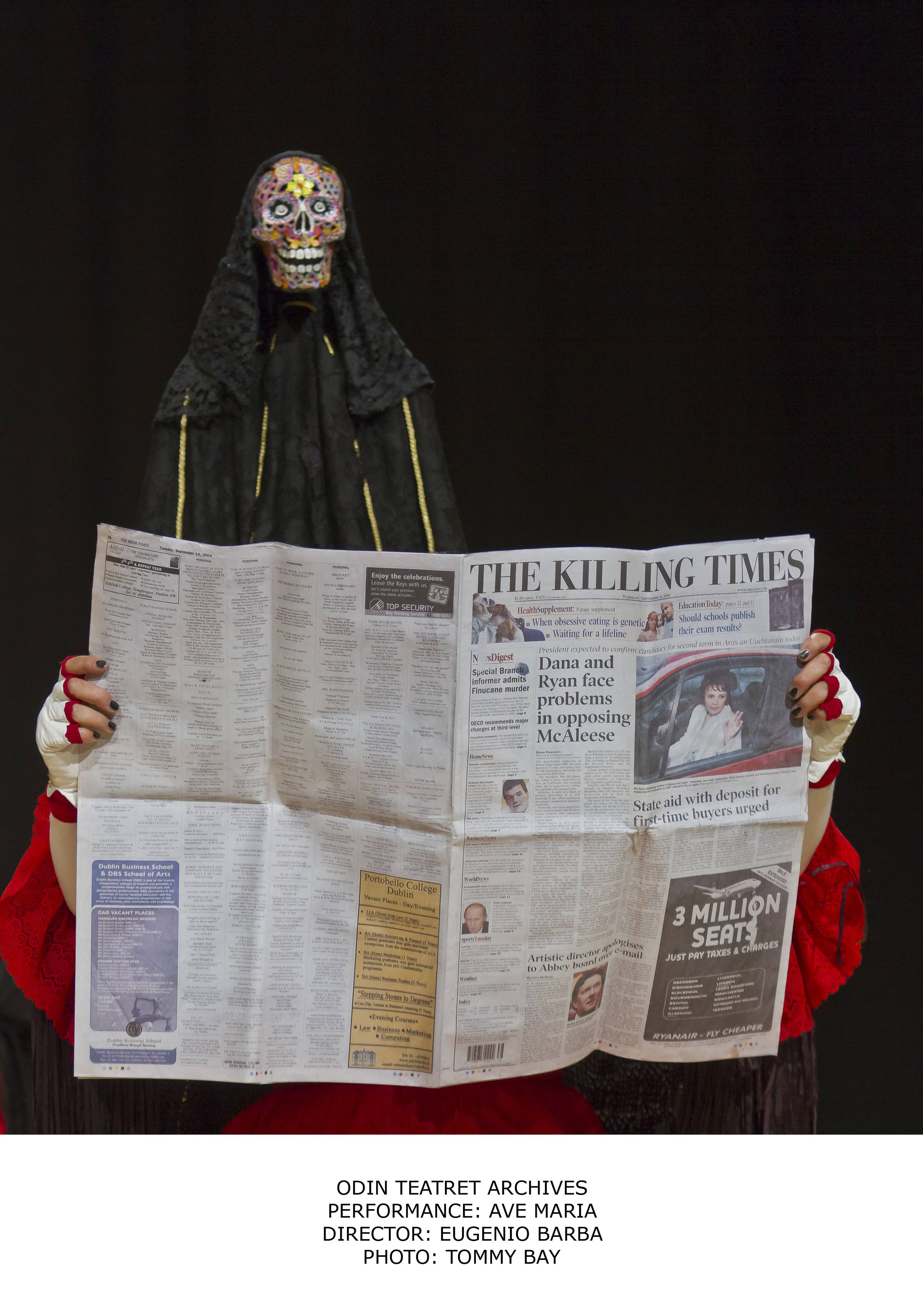 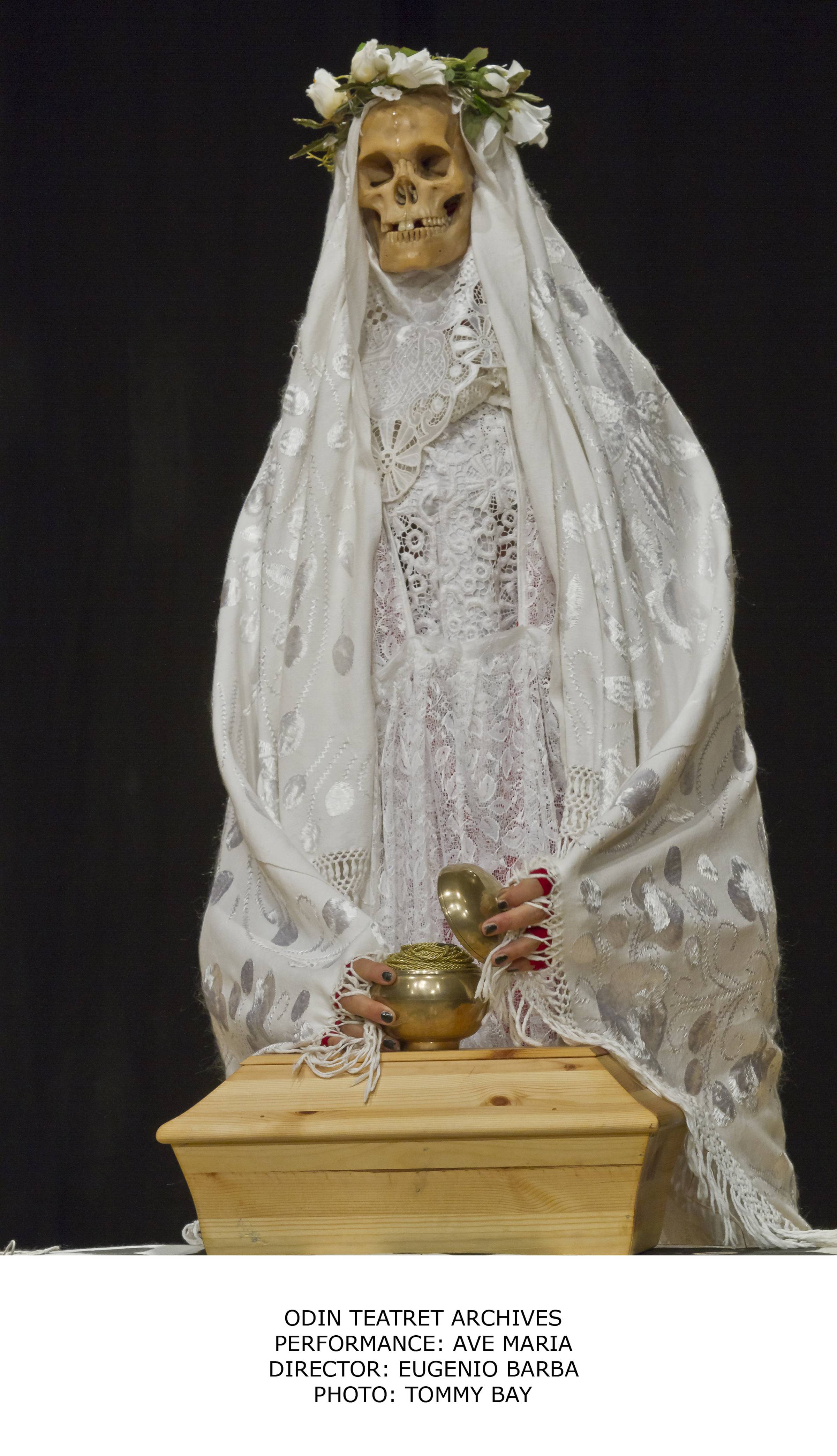